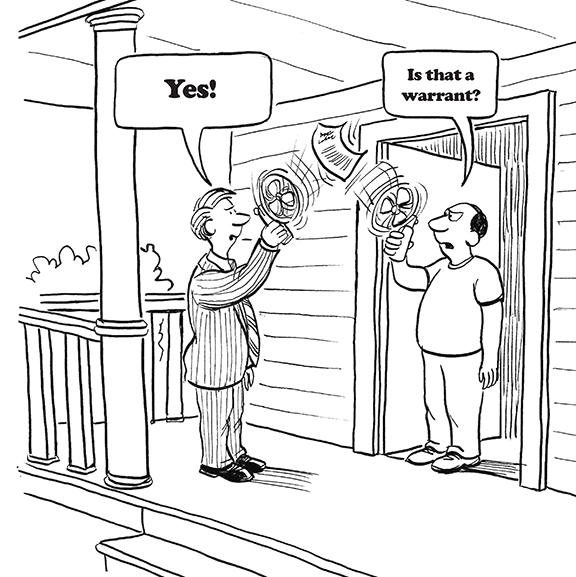 Turn the heat up. Then turn it up some more.

You’ve shown the debtor several times now that you mean business, but they’re still not getting the message. Because they’ve ignored repeated requests for information, the court has held them in contempt. For many in this situation, this is the end of the road. When faced with the threat of going to jail, debtors are often eager to resolve matters and you’re able to collect the judgment.

You’ve gotten the court involved. Now it’s time to get the police.

Still, there are always those who need more convincing. For these people, law enforcement will be ordered to place them under arrest. This is known as a writ of attachment. It’s important to remember that a writ of attachment is issued only because the debtor has failed to comply with the court’s orders – typically those ordering them to provide you with documents and other information relevant to your case – and not because they haven’t paid their debt. While you and the court may be on the same side, it’s working to enforce its own rules, not acting as your own personal debt collector.

Arresting the debtor in Texas is a course of last resort, but courts use it more than most people realize.

For those of you who have been reading along, you’ll know that the debtor has had several opportunities to comply before we’ve reached this point. It’s not often that we have to take things this far, but it does happen.

After being arrested, the debtor is taken to either the county jail or the courtroom. Once notified, we’ll join them and a hearing will be held in an attempt to finally resolve matters. In many cases, we’re successful. Not only are we able to get them to supply the information we’ve requested, but it’s often the case that we’re able to settle matters completely.